Are you facing the same problem?

Do you agree that running for a longtime is the main cause of arthritis?

Is it true that arthritis sufferers can no longer run?

In fact, the opposite is true.

Many studies have shown that runners have a lower incidence of osteoarthritis than sedentary people.

In fact, the runners in the study were found to have a lower risk of arthritis than the inactive runners. Another study published in September 2013 came to similar conclusions, showing that runners' feet landed on the ground less often and for less time than when they walked. So, essentially, running and walking put the same pressure on the knees.

Running incorrectly is what hurts your knees, not running itself

You may be wondering...

If running isn't a direct cause of arthritis, why do we feel pain in our joints after running?

That's what we're going to focus on.

Are you running correctly?

Now, please remind yourself of your last run that you had and see the list below to improve your running. 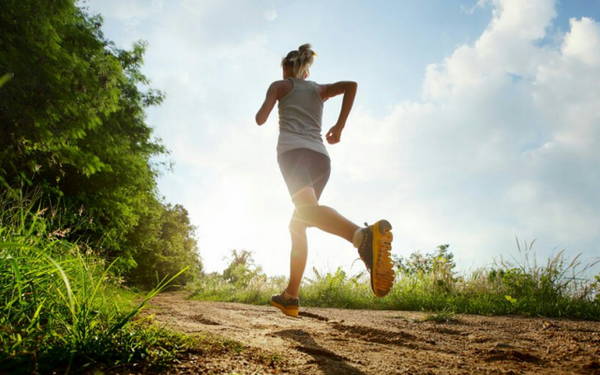 Do you love running in barefoot?

Do you love your " ultra-light minimalist running shoes?

If your answer is YES. Then please give them up. Why？

Ultra-light minimalist running shoes or Barefoot running cause all the shock to go straight to your knee.

As the friction of the cartilage of the knee increases, natural wear and tear becomes more severe.

Music- Your most important running partner. Is this also wrong?

Yes, you read that right. Why?

“Runners should tune in to their body, not out. ” says Mindy Solkin, an ACE-certified personal trainer. She notes that when you're listening to music while running, you lose the chance to hear what your body is saying.

Recall to the time when you were running with a rhythm. You were probably ignoring your body’s exhaustion.

This leads to unintentional overexertion, not adjusting the body in time, and natural knee injuries are inevitable.

How about replacing your partner from music to your beloved pet? Do you like the idea?

Your knees are in bad shape so you give up running

Research in this area is encouraging. Osteoarthritis of the knee is common in people in their 50s. By the end of the eight-year study, the runners' knee pain had eased, and imaging showed no progress in arthritis. Instead of destroying joints, running keeps them lubricated and stimulates your body to build new cartilage. The researchers also found that running allows your cartilage to adapt to the demands of running, making it more elastic.

Academics have launched a four-month marathon training program in which most participants have knee injuries (not all arthritis). The study found that after four months of moderate exercise, knee health improved in middle-aged people at moderate risk of osteoarthritis.

But moderation is especially important, so what does moderation mean?

Please listen to your body.

When you feels pain, it's important to take action immediately.

Maybe your arthritis is getting worse, but can you still run?

The answer is YES.

Many sports medicine experts recommend increasing your running pace (the number of steps performed in a minute) by 5% to 10% if you can't seem to shake a knee injury. A shorter, faster gait should shift the impact of running from the knees to the calves.

Of course, the calf muscles need your attention, too.

Omega-3s has long been known for their effects on a wide variety of body functions. Anti-inflammation is one of them. In fact, fatty acids such as omega-3 & omega-6 play a big role in inflammatory activities. Certain.

omega-6s are primary precursor device for turning the COX enzyme into inflammatory-causing compounds. Omega-3s, on the other hand, havebeen found to intervene in certain stages of inflammation process. In other words, omega-3s and 6s are directly involved with inflammation cycle in our body.